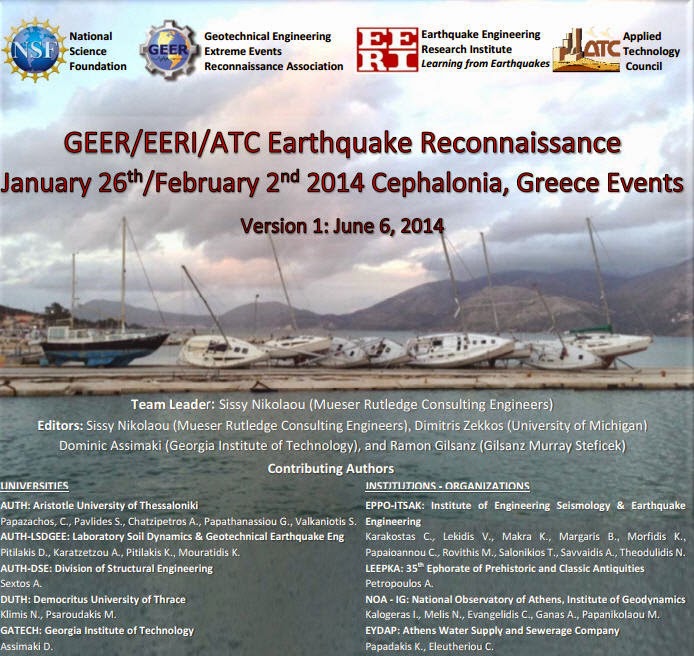 Two major earthquakes with Mw = 6.0 and Mw = 6.1 hit the Cephalonia Island of Greece on January 26th and February 3rd of 2014, respectively.The reconnaissance mission was unique in two ways: First, it brought together the local, highly qualified earthquake engineering community, with a US collaborative team of GEER, EERI, and ATC to form a 70-people multidisciplinary team. Second, the resiliency of building stock, geostructures, and communities that responded successfully to one of the strongest sequence of ground motions ever recorded in Europe provided the opportunity to focus on collecting data of successful performance in addition to failures - a new generation of reconnaissance.