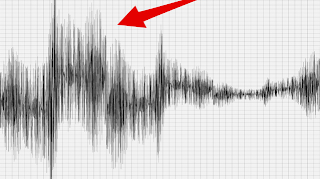 For all of the devastation caused by the 2011 earthquake/tsunami in Japan, the former, a 9.0 magnitude beast called “Tohoku,” could have claimed far more lives. The reason it didn’t? Since 2007, Japan has had an early warning system — conceived 10 years ago at Caltech — which California still hasn’t managed to set up. And while it only gives about a minute notice, it’s a minute Californians currently don’t have.
Until 2003, when Japanese seismologist Hiroo Kanamori and UC Berkeley’s Richard Allen published a study proving that early detection was possible, warning systems for earthquakes have relied on a concept that’s been around since the 19th century: detect the ground shaking at the fault line and send advanced notice to cities miles away through telegraphs, telephones, or modern telecommunications (depending on which century you’re in).
This system relies on the fact that electronic signals move much faster than seismic waves; For example, if you were in New York and on Twitter on August 23, 2011, you might have seen tweets from Washington DC about their earthquake just before the ground started shaking under your feet. As neat as that might have been (yay, new media!) retweeting is not a very good system for warning a city of impending seismic doom.
The new system put into place in Japan in 2007 detects earthquakes before they start shaking the Earth’s surface. Allen and Kanamori found that when tectonic plates shift, they release two forms of energy simultaneously, called p-waves and s-waves. S-waves cause all the damage on the surface. P-waves are harmless, but travel through the ground about twice as fast. So when Japan’s more than 1000 seismometers near their Pacific fault-line relayed p-wave data indicating a massive earthquake, the Japanese Meteorological Agency rang the alarm.
While this “early detection” still only gives about 60 seconds of warning, Japan was able to safely stop 11 500km/h bullet trains, disable 16,000 lifts, warn students to get under their desks and set off earthquake alarms across the country. Some 52 million Japanese received text alerts on their mobile phones. But that’s because Japan has the advanced warning system and a cultural awareness of the threat of earthquakes (for example, new iPhones bought in Japan come with quake-warning features built in).
California, on the other hand? Azeen Ghorayshi, in a great feature for the East Bay Express about Japan and California’s preparedness, says that California still has “next to nothing in terms of a public seismic warning system,” despite knowing how to build one for almost a decade and despite knowing the next “big one” is only matter of time. But building a statewide system is only a matter of politics and money, so it’ll probably be ready in no time. Meanwhile, here’s a $1 iPhone Seismometer app that you can make into your own DIY not-so-advanced warning system. [East Bay Express]